At the height of his success, newly married and the father of a two-year-old daughter, Kurt Cobain injected himself with an overdose of heroin on 5 April 1994 and shot himself. He left behind a suicide note that ended with a quote from the Neil Young song My My, Hey Hey (Out of the Blue):

“It’s better to burn out than to fade away.”

Was Kurt's suicide the obvious or even inevitable end of his extraordinary life? Or was this fate avertable? 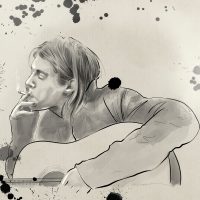 Kurt Cobain is considered by many to be the most important representative of Generation X. The dramatic-musical biography "Kurt Cobain – Better Listen" traces the development of a headstrong individual to his tragic end. Kurt Cobain's artistic work reflects Generation X's world-weariness, unease and fear of the future. It was no coincidence that Joe Biden chose the rock band The Foofighters of Nirvana drummer Dave Grohl as the musical accompaniment for his inauguration, a band that stands in the feminist, pacifist and anti-racist tradition of Nirvana.

Kurt Donald Cobain was born on February 20th, 1967 in Aberdeen, Washington State, a rainy small town in the north-west of the USA; at the time an area with one of the highest suicide rates in the USA, characterised by the decline of the timber industry, high unemployment, widespread alcohol and drug use.
After the separation of his parents, which traumatised Kurt, he was diagnosed with ADHD and had to take Ritalin to suppress his hyperactivity. Up to that point Kurt's childhood had been a suburban picture-book, now his youth became more erratic. 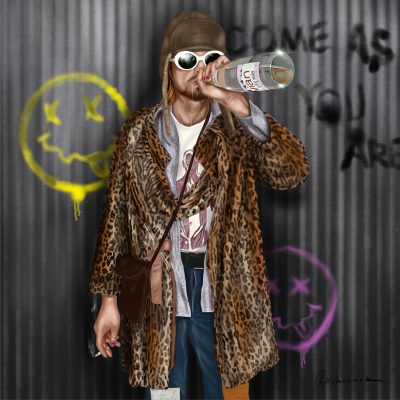 After several fierce fights with both sets of parents, Cobain changed residence several times during this period and the following years: ten different families in four years.

At age 18, Cobain dropped out of school and moved to Olympia, Washington, where he lived with his girlfriend Tracy Marander. It was at that time that he wrote the song "About a Girl". The song line "I can't see you every night. Free" is about Kurt's lack of drive, which Tracy couldn't cope with.

Kurt's vanishing points were his fondness for punk bands like the Sex Pistols and the Ramones. He started playing guitar. In 1982, he met Krist Novoselic. Cobain was to form the band Nirvana with him in 1987. Later, Dave Grohl, still famous today thanks to his Foo Fighters career, joined as drummer.

Kurt also became friends with Buzz Osborne (singer/guitarist) and Dale Crover (drummer) from the band The Melvins. He and Crover also played in Fecal Matter, Cobain's first musical project. Even though the later musical style had little to do with that of The Melvins, Buzz influenced him decisively, introducing him to indie and punk rock. 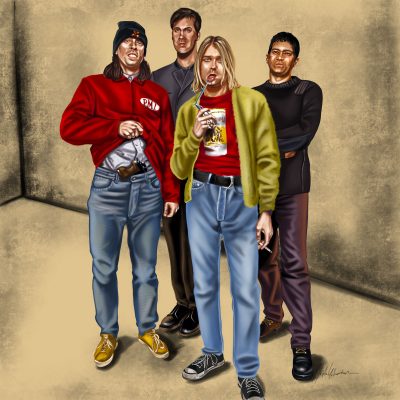 Nirvana's beginnings were marked by many smaller gigs in Seattle, the city which is considered the cradle of grunge. Other music greats such as Pearl Jam, Soundgarden, Alice in Chains and Jimi Hendrix also came from the uppermost northwest of the USA.

Bleach, Nirvana's debut album, was released in 1989 and was still considered an insider tip among punk fans. The second studio album Nevermind, released in September 1991, reached platinum status after only a few weeks, dethroning Michael Jackson's album Dangerous, which had topped the charts until then. The first single, Smells Like Teen Spirit, is still considered a rock anthem today. Their first single was followed by other hits like Come As You Are, In Bloom or Lithium.

As fame increased, so did Kurt's heroin consumption. Since he also suffered from chronic stomach pain, the substance dulled his pain. 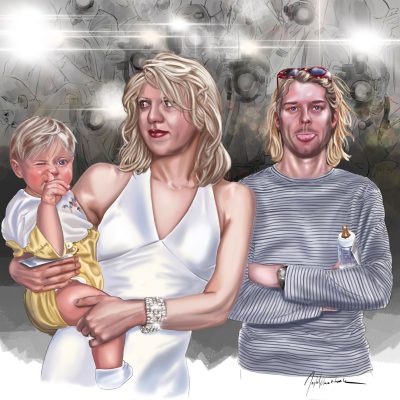 Even his marriage to Courtney Love and the birth of their daughter Frances Bean did not dampen his self-destructive lifestyle. During live performances Kurt now forgot lyrics and chords, so another guitarist, Pat Smear, was hired. Several rehabs didn't help.

Despite all this, the third and last studio album In Utero was released in 1993. The work was even more aggressive than Bleach and Nevermind. The album title came from bassist Krist Novoselic, Cobain actually wanted to call the album I Hate Myself And I Want To Die. This was also Cobain's frequent answer to reporters' questions about how he felt.

November 18th, 1993 the now legendary live acoustic album Nirvana MTV Unplugged In New York was recorded. The whole setting was staged as a funeral. Nirvana, but especially Cobain, insisted that everything be decorated with white lilies and black candles. A hint to Kurt's further fate?

On the occasion of the release of In Utero, a European tour was also scheduled. Nirvana's last concert was in Munich on March 1st, 1994.

Here We Are Now. The Lasting Impact of Kurt Cobain. Harper Collins 2014